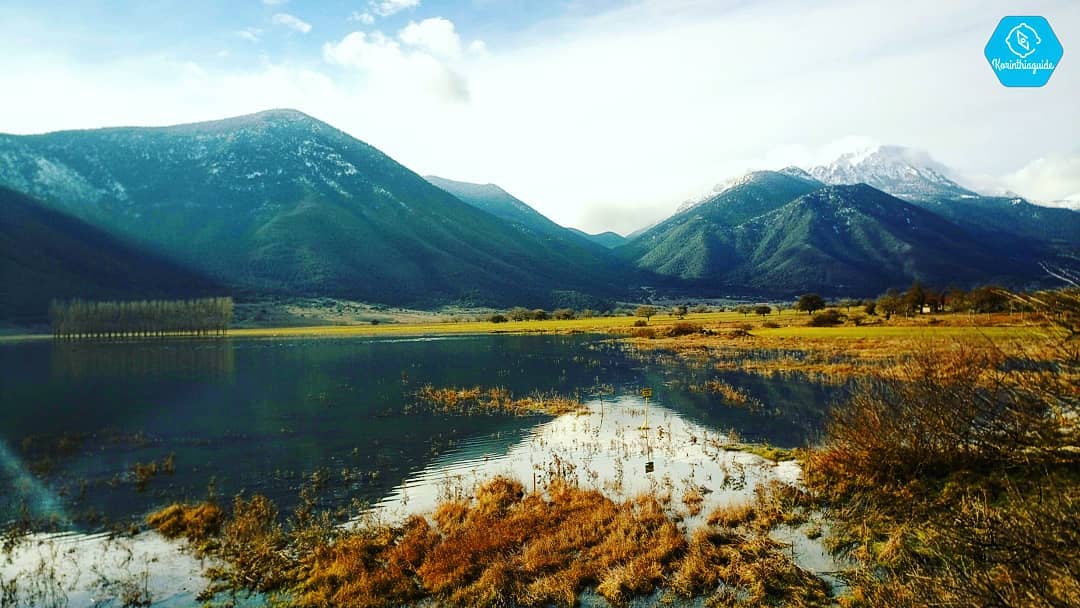 Stymphalia is a marshy lake in mountain area of Korinthia. It is located on a plateau at an altitude of 600 metres, between the mountains Κyllini and Oligyrtos. The road to Stymphalia begins from Nemea or Kiato.
It is named after the Arcadian hero Stymphalos, who was the first inhabitant of the region.

It’s area on winter can be 1729.7-acre, while on summer it can be 864.8-acre. It looks much more like a marsh, while from time to time on summer it completely dries. The water remains in the lake during winter and its extent is 3.5 km. Where there is always water, the depth is 2 / 2.5 meter on spring and on autumn it is half a meter. The waters are drained through two sinks, while the one ends up to the Argolic plain. Nowadays, most of the water is used for irrigation.
It contains a lot of caves and around the lake there are some organized paths for walking.
The ancient city was founded during Archaic Period, but some people think that it already existed since the Late Geometric period. On the 4th century B.C, ancient Stymphalia was built in the northern side of the lake, where today you can find its ruins. In Roman times, the emperor Handrian built an aqueduct, with which he supplied Corinth with water from the lake. A big part of the ancient city is half-submerged into the lake and only a part of the stadium of the later Hellenistic period is on the surface.
Excavation brought into the light some wreckage of public building of the ancient agora, structures of palaestra, tunnel, one of the three clepsydras in Greece, etc.
Lake Stymphalia is part of the 6th Labour of Hercules, and it was the place, where he fought against the Stymphalian Birds. According to the myth, the Stymphalian Birds were man-eating birds with beaks of bronze and sharp metallic feathers and they were a threat to people, animals and crops.
Hercules managed to get them out of the dense vegetation of the lake with the help of the goddess Athena. Then, Hercules killed them with his arrows.
Lake Stymphalia was getting dry in ancient times as it gets nowadays, and only a small river was left. People now with drainage are trying to make it cultivatable. Stymphalia is a special wetland area, with a very important biodiversity and that’s why it is included in the Natura 2000 network. It is a natural reserve for rare species of birds.
Into the lake, it lives also the Phoxinellus stymphalicious fish, which belongs to the endangered species. Its main characteristic is that it can survive in the lake when it is dry under the thick layer of mud. 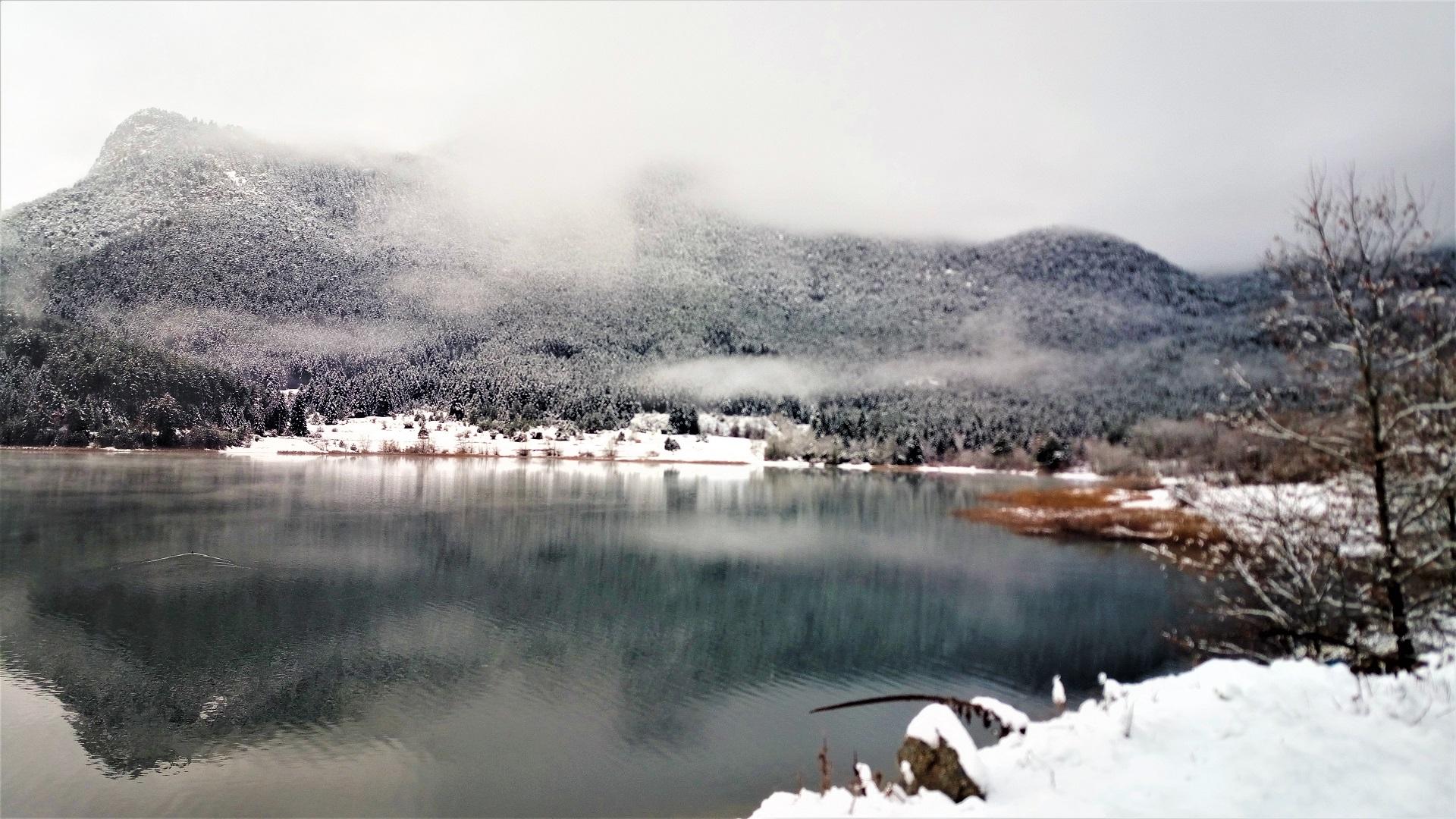 Feneos is one of the most beautiful mountainous municipalities in Korinthia region and its capital is called Goura. The area has been characterized as “Corinthian Switzerland” due to its natural beauty, its sights and landscapes. Read more…