The new Stymphalia plants, which were inaugurated in 1995, with the most ideal hygienic conditions, are one of the most modern cheese dairies in Greece. Where tradition and technology are in perfect harmony.

Each milk supply receives a sample from each dairy producer. All of these samples are controlled at the central workshop of “Stymfalia SA”

All products produced by “Stymphalia SA” can be characterized as organic products because they are produced from milk of free-range animals with the absolute and guaranteed absence of insecticides, herbicides or other pollutants. 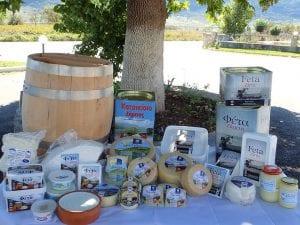 STYMFALIA was founded in 1936 in a stone-built dairy farm at the foot of Mount Ziria by its owner Marco Lega.

In 1961, production takes place in new, high-standard facilities of feta, hard cheese and yogurt for the time.

In 1972, Constantine Leggas, together with his wife Athena, took over management and the company evolved following a consistent development course.

In 1993, STYMFALIA moved to new, modern facilities in its current location, increasing its production capacity and range of products.

In 2000, the third generation, Markos and Olga Helga, take over the family business and, by installing state-of-the-art equipment, continue their successful parents’ career to date.

In 2008, the most modern pilot production line for traditional yoghurt is installed and the range is expanded with rice and cream.

In 2012, the new super-automatic feta production line is being installed and put into operation. Nowadays, Stymphalia SA products are exported to Germany, France, Australia, United Kingdom.

The company’s goal is to make known its genuine Greek products in all continents.

STYMPHALIA SA, based in Kalianoi, Corinthia, is active in the cheese and dairy sector.
The new prototypes of Stymphalia SA, which were inaugurated in 1995, with the most ideal hygiene conditions, are one of the most modern cheese dairies in Greece. Where tradition and technology are in perfect harmony.

From the collection of the raw material and its transformation into a product that reaches the consumer, Stymphalia SA network, at every stage, strict hygiene rules are in place to achieve an excellent result.

The collection of milk by the producers – farmers is carried out in refrigerators – ice cubes, which are granted by “Stymfalia SA”, aiming at a raw material with a low microbial load that is kept until the company’s facilities. The collection of milk from the ice cubes is made by company cars, which keeps the milk at low temperature. Soft cheese with slightly spicy and sour taste, preserved in brine after entering a wooden barrel. Feta cheese is PDO cheese. (Protected Designation of Origin) and is made from sheep’s milk or sheep’s and goat’s mixture.

Feta is a valuable food for our body because it contains proteins and calcium.

Soft cheese with slightly spicy and sour taste, preserved in brine after it has been placed in tinplate cans.

Feta cheese is PDO cheese. (Protected Designation of Origin) and is made from sheep’s milk or a mixture of sheep and goats. Feta is a valuable food for our body, as it contains proteins and calcium.

Myzithra is a traditional type of cheese. It is made from sheep’s and goat’s whey with the addition of fresh milk.

It has a salty and spicy taste.
It is mainly used with pasta. It is a low-fat cheese that, thanks to the absence of moisture, can be stored for a long period of time without its taste been affected. Made from sheep’s and goat’s whey and fresh milk. Its moisture is 70% max., with min. 50% fat in dry content.
It combines a pleasant, full flavour and a high nutritional value with minimum fat and a healthy lifestyle.
Cream cheese is a source of nutrients. Zireiotyri is a traditional hard cheese with a distinct slightly salty taste, produced exclusively from pasteurized goat’s and sheep’s milk. It is ideal for frying and cheese pies or grated over spaghetti.

It can also be served as a table cheese.
It has a salty, spicy taste with a pleasant aroma, achieved after ripening for at least 3 months. Gruyere is a traditional Greek hard yellow cheese made from goat’s and sheep’s milk. It has a slightly sweetish or spicy taste and small holes.

It is rich in nutrients, calcium and vitamins.

It is considered a high quality cheese and is consumed as a table cheese.

Authentic natural Greek Yogurt with 6,6 % fat, exclusively made from the pure aromatic milk of free ranging sheep on the mountainous region of Korinthia. Premium quality , typical thick texture , mild and creamy taste. Ideal for breakfast with cereal and honey or as a dessert with fruits and nuts. Available in pots of 240 -465 - 950 g Rice pudding is a sweet made of rice boiled in Greek sheep’s and goat’s milk together with sugar, starch and vanilla.

A dessert made from fresh Greek sheep’s and goat’s milk, vanilla, sugar and starch. Butter is a product produced after processing from the fat of fresh milk.
It is used in cooking and pastry.
It is rich in vitamin A and less in vitamin D.
It contains mainly saturated and less unsaturated fatty acids.
It is useful when consumed in small quantities. The strained sheep’s yogurt Lenga is made ​​from 100% Greek sheep’s milk. Has the same properties as the traditional.
The fat is 10%.
Used in cooking and baking. 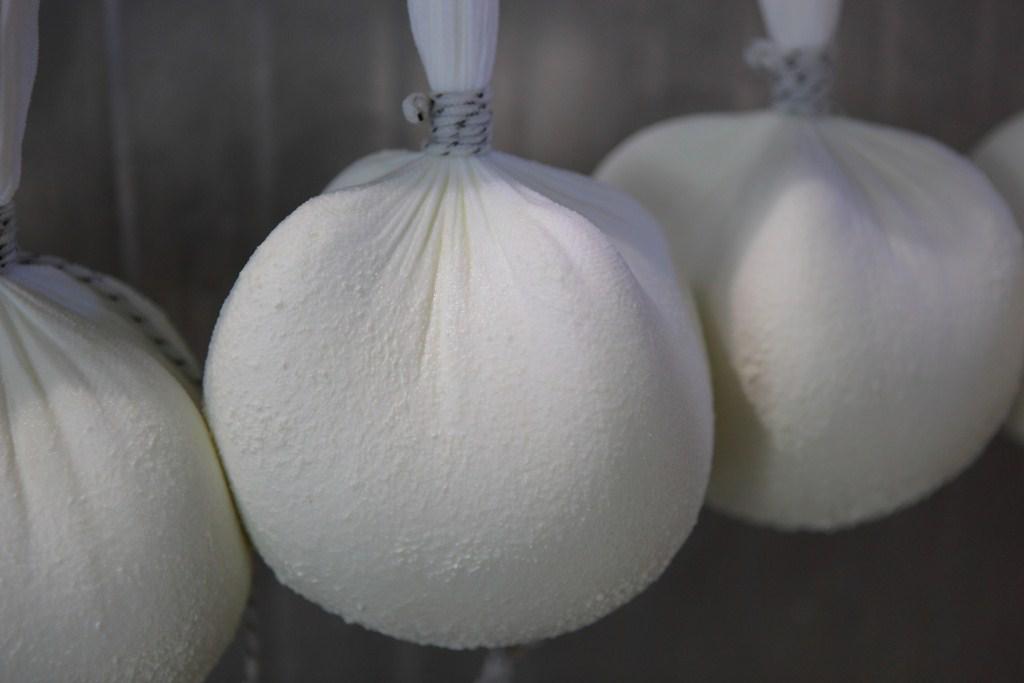 The company imposed on itself qualitative rules, which are in many places stricter than the regulations and rules imposed by the European Food Law.
It implements an Integrated Quality Management System in the production of its products, including business planning, plant maintenance, production and hygiene.
This system is based on the principles defined by Hazard Analysis Critical Control Point (HAACP) and is the guarantee of product quality and safety.Stymphalia produces products that are distinguished for their high quality, they are healthy, safe and cheesy with a sense of responsibility.
The company has been certified by AGROCERT – OEPEGE. (Organization for the Certification and Supervision of Agricultural Products) with a PG Certificate Number / 394-7348.06 and according to ISO 22000: 2005 (HACCP) & ISO 9001: 2000